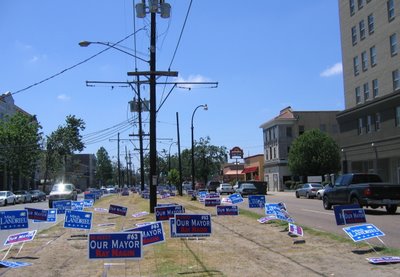 St. Charles and Erato
Usually, these signs would be up for a month or so after the election. Today, I was shocked to see that they were already gone. I think that Mitch and Ray must have recycled. Good for them.

I have been pretty quiet about the elections. I am sitting here reading, watching and waiting just like everyone else. I voted for Mitch, though I really wanted to vote for Ray...I really did. More on that later, though. Festering up for a good blab during the run-off. Putting a finger on something political in New Orleans is such a crapshot. That's what it feels like right now. Hell, it always has. But this waiting thing that hangs over the city is really illuminated by the election debates. It's part of the trauma.

How can we really know what lies ahead?
Posted by NolaNik at 12:57 AM No comments:

Technically, I know, it's Tuesday but I am really busy starting up a new business right now. Sorry Ruthie Fans...
I think these are neat, even if a little blurry.

In the Narnian forest: 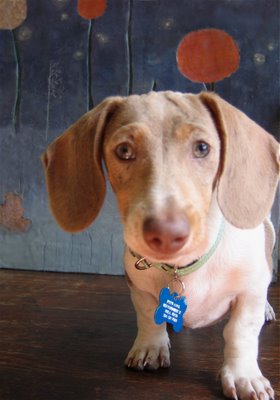 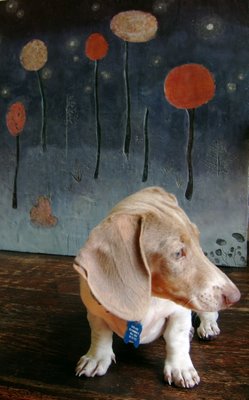