After ripping through the Saint Anne parade, I ran (and I mean RAN -which means blurry pictures!) along to Basin street to meet up with the Zulu secondline that spun off the parade. Everyone was hanging out, dancing, laughing and making merry. I was reminded of an incident that occured the night we watched the Muses parade under the I-10 bridge. Will, of our evacution host family, approached a tractor driver who was pulling a float. I told him that we should be thankful for drivers as we had a shortage this year. Will chatted him up as the parade sat idle and the first thing the guy said was, "That nigger Nagin said this is a chocolate city -I ain't seen nothin' but white faces all the way down here." Strangely, we were the only white faces there under the bridge....which Will pointed out to the man before backing off from him in dismay.

As I trotted along the Zulu secondline route, I thought that though it is true that along the uptown route faces are very white, as you head further downtown into different neighborhoods, you hit a mix and patches of people from other cultures who are standing in places they have chosen to stand at for years.

On Mardi Gras day, there are different places to stand for people with differnet interests. If you love huge, over the top floats and throws, you go to Rex. If you love costumes (me!) you head over to Saint Anne. If you want to catch the Zulu parade -one that was created as a response to the exclusive Krewes of Carnivale, then you head over to another part of town. But there are plenty of folks who grab bikes, park and dart between all the events, as I do -or maybe mean to do, but get caught up in one event and find themselves swept away in (like my friend Hilary, who stayed with Zulu and the Indians all day, having meant to go to Saint Anne, too).

The culture of New Orleans is rich, full of haters, yes, but the cultures rise above such sentiments in displays of beauty you won't ever find in one place, anywhere, on one day.

That's why I want to die here. Spread my ashes in this city of mine, Where les fleurs du mal do and will always rise. 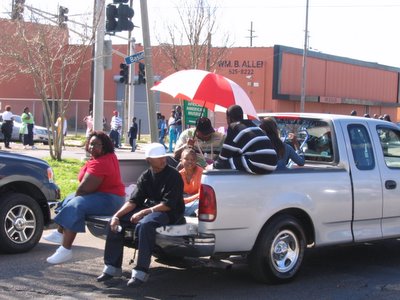 "In 1912 a group of women, said by some to be prostitutes from uptown began to wear Satin dress with big bow on their skirts and dresses as they paraded. They were called the Baby Dolls. Soon other women began to join them. Eventually men began to wear the baby doll style and march with the women!" From (wbgh blog) 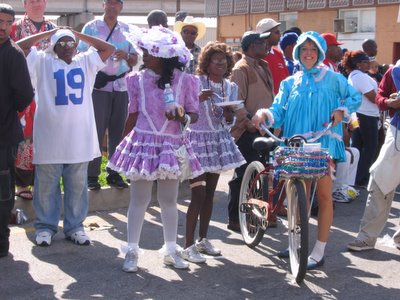 Ms. Antoinette K-Doe has resurrected the tradition of the baby dolls. Many were worried that she wouldn't be out this year, but there she is on the left! These are the K-Doe Baby Dolls. 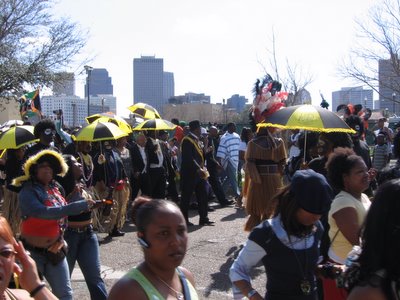 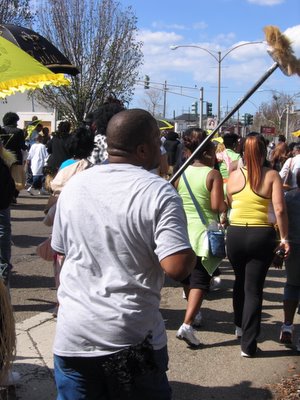 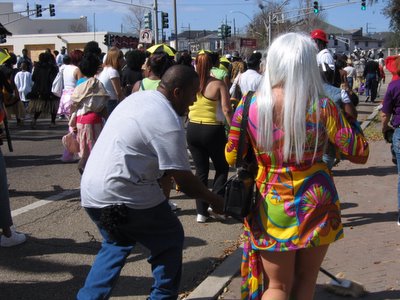 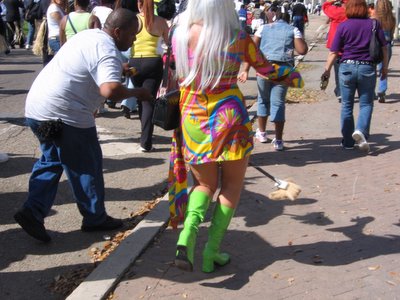 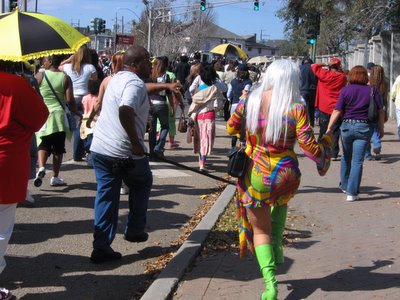 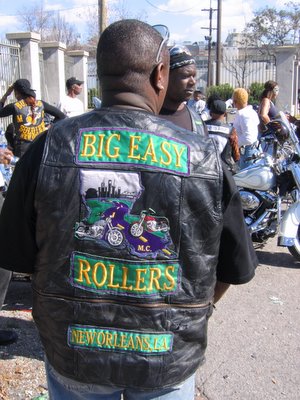 Tomorrow will be the last of costume week. I will be ending my presentation of Mardi Gras 2006 with a few pictures from the Zulu secondline. But first, a few good snaps: 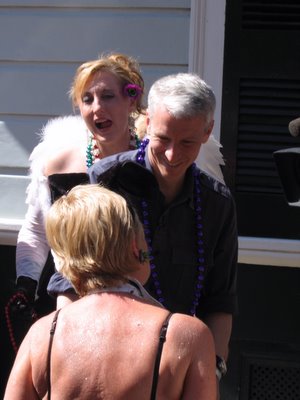 Yes, that's Anderson Cooper -but what you dont see is the fact that the lil' miss he's talking to is wearing a playboy bunny suit...cottontail and everything. The tongue says it all. 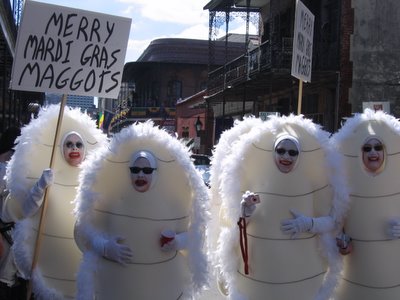 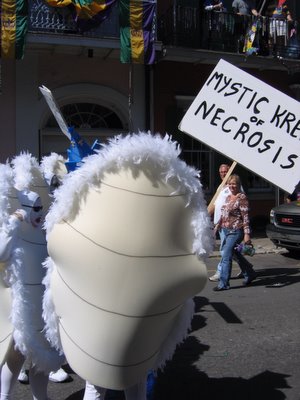 I didn't realize it at the time, but that's John's hat poking out the middle of that group of maggots. 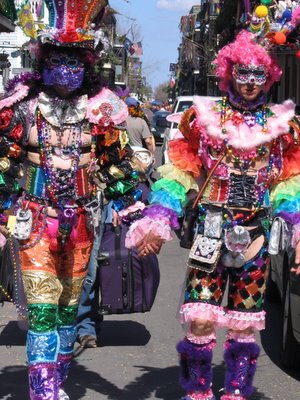