The Coliseum Theater, in the Lower Garden District, burned down recently. 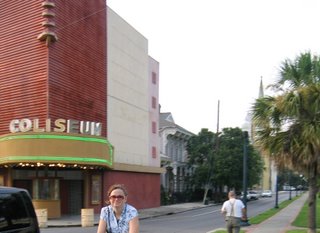 This is the only photo I have, taken by Billy Sothern.
I guess I was hoping that they would fix it up again, as they always have -over and over again, as trucks occasionally backed into the sign or wind damaged it. The whole facade was ripped off during the storm, and they fixed it again.
But, as I was driving home down Prytania yesterday, I found this: 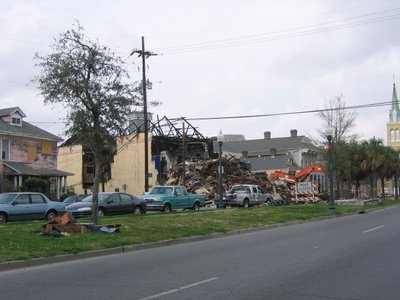 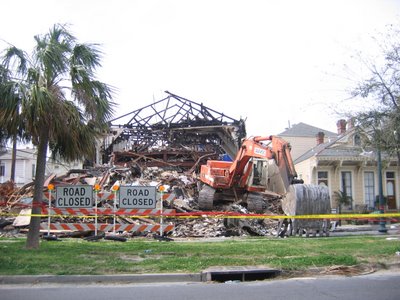 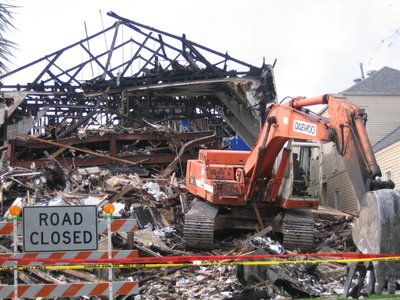 I don't know how, but I can still be shocked at the destruction of a building, even after being surrounded by the ravaged or destroyed architecture of the city for months and months. Even after all the trash piles, this is so depressing.
Posted by NolaNik at 10:39 AM 1 comment: