Time to Get Serious

Mardi Gras is over; we're all tired.

There's gunshots down on Franklin street, 11:45
Two boys from the lower ninth, the coroner arrives.
There's a blind man reading tarot cards, over there, in Jackson Square
He says, "The future is uncertain," but he don't really care.
And this city is my sweetheart, but I am truly torn
She loves me through the evening and then she stabs me in the morning
Hey, hey, hey.

I saw Lucius down on Frenchman Street, yeah, he says he's movin' back.
He wears a long sleeve, gingham dress shirt to cover up his habit tracks.
There's a drunkard on the levee, watch the freighters rolling by,
He says, "I shall be a captain then take this river for my bride!"


Come Wednesday, there's no ashes; yeah we all forgot to pray
Mothers lose their children here
And the children lose their way,
Hey, hey, hey.

It's raining down on Montagut,
Found a letter, it's three years old
My mother writes she misses me,
Worries about my immortal soul.
Grandma isn't feeling well, but the weather's nice out west.
She hopes that you don't drink too much,
And Papa sends his very best! 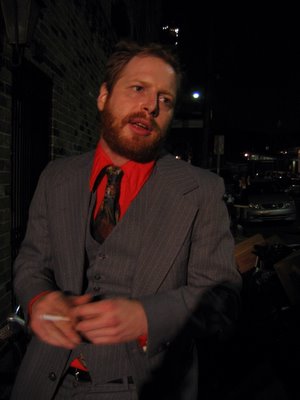 *website is down so I wrote the lyrics down from listening, song written before Katrina
**website doesn't always work, but a terrific New Orleans band
Posted by NolaNik at 5:53 PM No comments:

Picture of Mary marching Muses from the Nola.com website 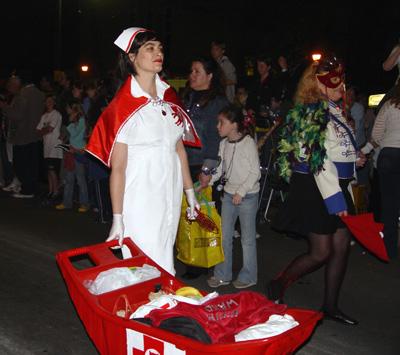 Photo by Patrick Strange / NOLA.com
Posted by NolaNik at 5:45 PM No comments:

I was out and about at the St. Ann Parade yesterday, taking pictures of excellent costumes. This week will be costume week, Mardi Gras 2006, all about the parade called St. Ann.

First costumes featured here and later are those of friends: 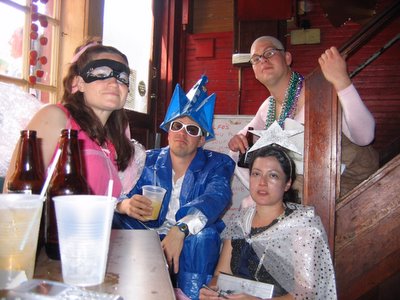 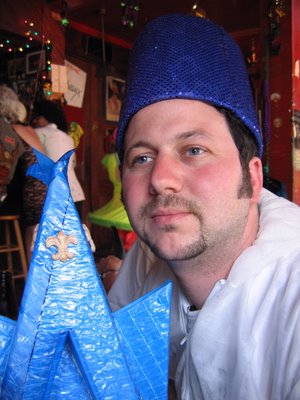 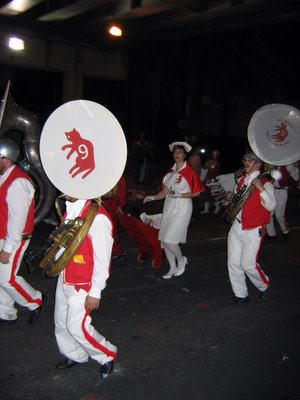 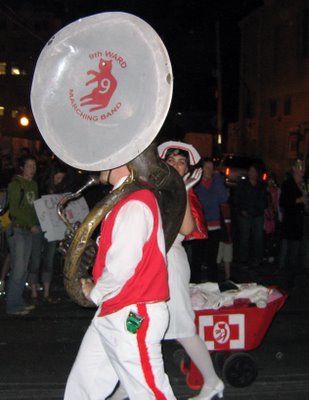 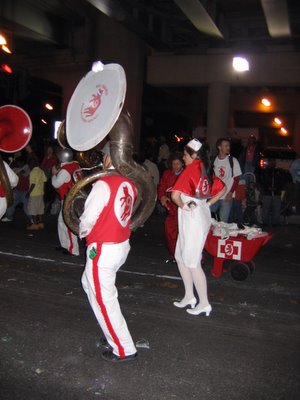 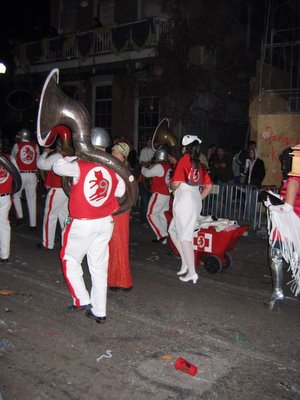 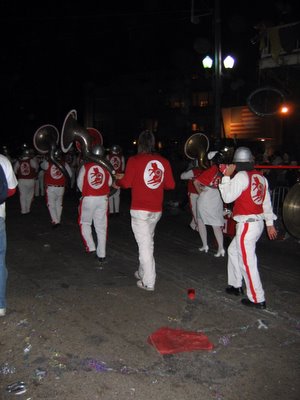