There has been a bit of back and forth of farm stories between Nola Nikland and Slimbolala Land. It all started with a post on Slimbo involving hacking a snake to bits. Then it moved on to a story of a boy and a nasty rooster. Today, we hear of the stanky pink dog. I have added two stories of my own to keep the ball rolling.

When I was little, I had never seen a real chicken, and certainly did not connect that alien-looking thing that we ate to what I was introduced to one day when my aunt gave us two chickens, Helen and Scags*.

We kept them in our cellar, where I rollerskated (fat wheels) round and round in circles while the chickens either chased or were chased by me (when you spin in circles, there is no real way of determining the aggressor, really). Helen and Scags were part of the family -you know, pets.

One day, Dad grabbed them and brought them out to where he chopped wood. Well, you know what happened next. My first defining experience with chickens went from pet, to headless runner, to dinner with a few feather-sticks stuck in the skin to really distinguish it from the store bought aliens.

It was really weird to see them running around like that and it definitely jumpstarted my metaphysical thought bubbles. That's how I learned that chickens are real AND we eat the suckers, too. I think this early childhood memory was a force behind my ten year stint as a vegan.

*names have been changed to protect the chicken family's privacy

My cousin grew up on a farm. I hated her for it (jealous, me!), because all she wanted was to be a ballerina and all I wanted was to jump out off the second floor of the barn and into the hay for the rest of my life. It wasn't fair.

I lived on a mountain; I shouldn't complain. I had caves and streams to discover and big foot and wood witches to banish. BUT, there were no horses, cows sheep or anything (except a few chickens -and you heard what happened to those poor creatures). Jen had it all, but all she wanted was fur coats, lipstick and tutus.

Well, we were hanging out playing some game that was designed so that she could order me and my cousin around (she was a whole year older and therefore the boss of all things; her brother was born twenty days before me). The game involved a whole lot of watching her do cartwheels and pirouettes.

It was all quite boring until she merrily cartwheeled into a cow flap, face first. Yep. She ate shit and I learned that braggarts get their just desserts. Yummy.

*Title borrowed in order to feel closer to Slimbo...heh, heh, hands rub.
Posted by NolaNik at 11:58 AM 2 comments:

Don't let Mardi Gras fool you, we may have spirit, but we are still a wreck.

We are all rearranged, 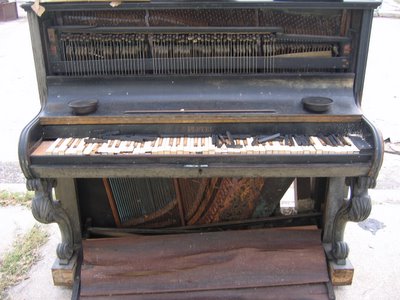 our guts are exposed, 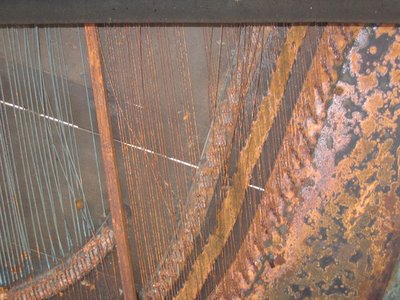 and our smiles are altered. 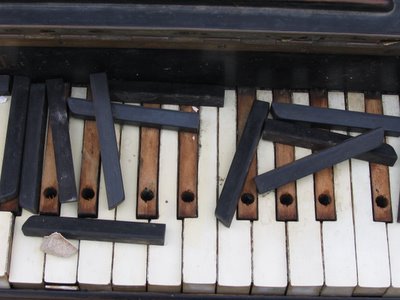