Nice Day For a Good Read 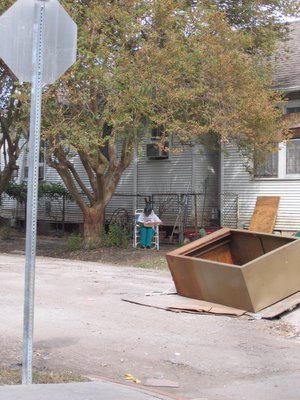 One day after I came back into the city, I took a drive through Mid City. I worked there at a school for awhile and was checking the area out, surveying the damage to the school, etc. No one had really tried to move back into the neighborhood yet, so it was shocking to see anyone around. One couple was living in a single floor shotgun that had been flooded really badly, and they had obviously not ripped out the moldy stuff. They were sitting on the porch, sipping beer. When asked how they were doing, they said that the town that they evacuated to didn't want them around so they came back to what they had.

After that exchange, I found this lady. She was reading quietly in her yard. She remains as a symbol for me of all the attempts to get back to normal living dispite the huge, glaring reminders that this city is a frickin' mess and will be for awhile. 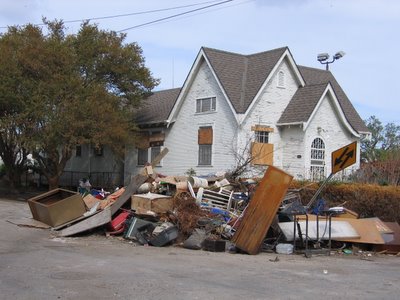