The Making of a Mardi Gras Movie 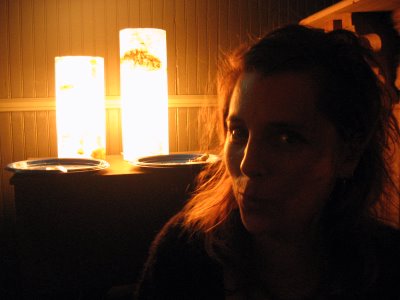 On Sunday, my friend Miranda threw a party to bring all the folks who came in for the Mardi Gras together. Maysey Craddock came all the way over from Germany for the party. It is wonderful to see so many familiar faces. I wish they were here to stay, but I'll take the visit for a giant party.

Miranda intended to project something (it is still unclear what that would have been), but her CPU quit her after her house flooded under the floors (humidity) and she didn't have a "dongle" for her laptop.

So we made a show. It started out with shadow puppets, but then it moved on to include the star of freakish stuffed things, named Van Gogh. Some of you may have seen him in past appearances: 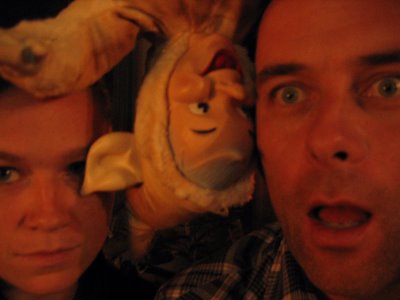 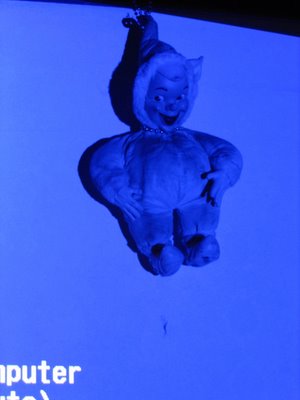 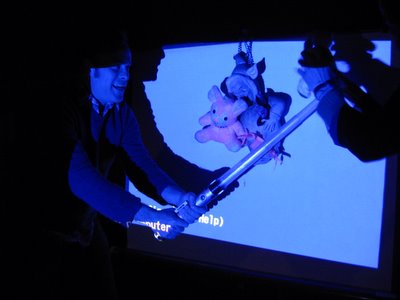 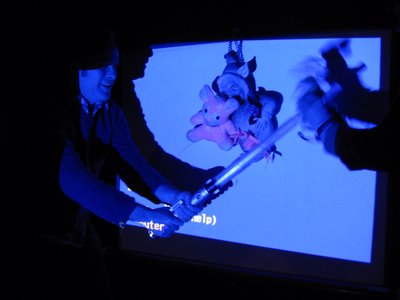 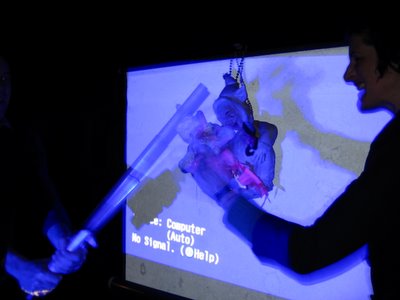 In this world, one smells through the tongue... 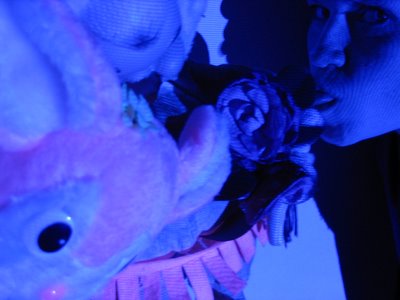 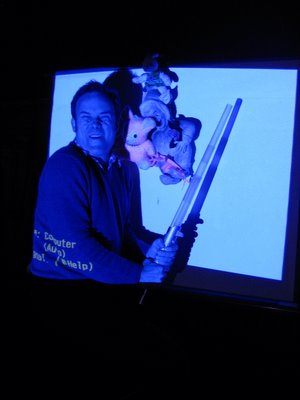 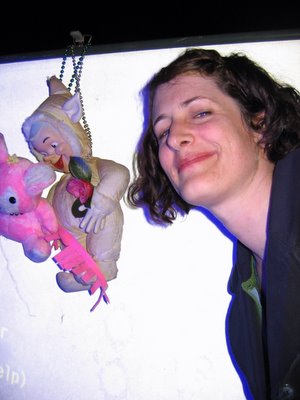 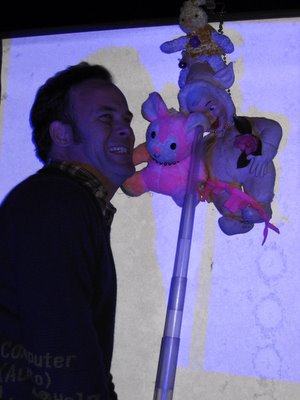 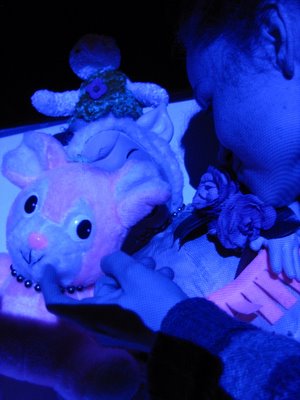 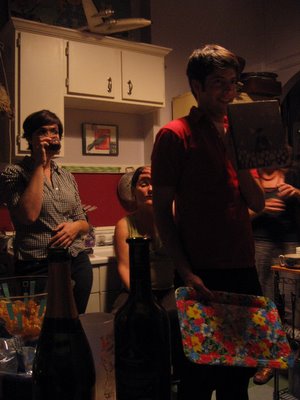