Calling all friends of Helen, Paul and Francis Pop:


I am looking for a welder who is willing to weld a big old rebar tree, with lots of branches in order to create a solid base sculpture. Then, I am looking for those who would create weather-resistant ornamants or "leaves", wind catchers, etc. to place upon this tree.

Then, I would like to have a gathering to create a beautiful collaborative memorial not just for Helen, but for the loss of a great family that contributed to the public well-being of New Orleans both through medicine, art and pure, loving spirit.

Ideas for the location include the neutral ground of N. Rampart or City Park. I would like this to be a very public dedication.

Please comment here, so people see who is involved AND email me (nikkipage@gmail.com) so that I can organize the event.


Updates and more writings of tribute:

There will be screening of Helen's films tomorrow night at The Sound Cafe, 7 p.m.

Helen's funeral is on Weds. at 2 pm at St. Paul's Lutheran Church in Columbia, SC. There will be a visitation on Tuesday from 7 to 9 pm at the Dunbar Funeral Divine Street Chapel, also in Columbia. The march in New Orleans to City Hall is on Thursday, January 11. The planning meeting, at which "Marigny-Bywater residents and ALL concerned New Orleanians" are welcome, is at the Sound Cafe at 2700 Chartres Street on Sunday at 1 pm.

What a beautiful tribute. My sympathies to you and their friends & families.

Posted by NolaNik at 5:55 PM 7 comments: Links to this post

From the Times Pic

After the flood, Helen Hill ached to return to her adopted city.

Her husband, Paul Gailiunas, resisted. The storm had destroyed the health clinic he co-founded in the Treme neighborhood to serve the city's poor. Gailiunas, a doctor, fretted about the quality of the air and water, and of life in general, for the couple and their baby son, Francis. Hill's parents in South Carolina, where the couple had retreated in exile, worried, too. They had seen the destruction on television.

"But she had New Orleans in her heart and imagination," her stepfather, Kevin Lewis, said Friday, a day after Hill was shot dead and her husband wounded inside their Marigny home. "She was idealistic. She wanted her family and her creative life fulfilled here."

Without telling Gailiunas, Hill recruited her friends in New Orleans to help put the hard sell on her husband. She mailed them dozens of self-addressed postcards telling them to mail them back to Gailiunas, calling him back home.

It worked: They returned on Aug. 28, settling into half of a white double shotgun home in Faubourg Marigny, on higher ground than their flooded home in Mid-City.

That decision proved fatal. Four months later, shortly before 6 a.m. Thursday, Hill died of a gunshot to the neck inside her home, where police would also find her husband, shot three times, clutching 2-year-old Francis near the couple's front door.

On Friday, as the couple's home turned into a spontaneous memorial and a gathering place for grieving friends, Gailiunas had taken the baby to a safe, quiet place out of the city, friends and family said. Meanwhile, new details emerged in the killing.

Officers had been working a bizarre burglary call at a bed-and-breakfast nearby when they heard loud noises -- apparently, the gunshots -- and soon got a call from dispatch. Four officers bolted out of the bed-and-breakfast toward the couple's home, said the owner of the guest house, who asked that his name not be used.

New Orleans police confirmed the nearby investigation, in which officers responded to reports of an armed man breaking into the bed-and-breakfast and knocking on guests' doors. The gunman apparently fled after a guest heard knocking in an interior hallway and opened her door to see a man with a gun standing in the hall, said the co-owner of the guest house. But detectives don't know if the incident is linked to the shooting, said Lt. Joe Meisch, commander of the homicide division.

As police worked to unravel the mystery, the couple's wide circle of friends wept and traded stories of their electric personalities and commitment to their community. As the afternoon wore on, the crowd in front of their home grew, as did the memorial in front of the porch.

Emmy O'Dwyer sat on the stoop, weeping and trading stories about Hill. O'Dwyer, who taught Francis at Abeona House, a preschool on Oak Street, showed pictures of a smiling mother holding a grinning baby in overalls and a brimmed hat. The photo had been taken just a week ago at an Oak Street cafe, O'Dwyer said. "They were just larger than life, spirited, colorful, just naturally happy, which is so rare," O'Dwyer said, "to find people just happy living each day."

Hill wore thrift store garb and made experimental films, a craft she sought to share with other women, holding "film-making bees" in which they made rudimentary films, said one friend who wept in front of Hill's impromptu memorial Friday. Gailiunas sang songs about love and leftist politics in a solo act called Ukulele Against the Machine. Both reveled in the funky Marigny arts community.

They didn't drink, didn't smoke and didn't eat meat or dairy products. They had a pet, a pot-bellied pig named Rosie, always a hit with the children they often invited to their home.

Hill hailed from Columbia, S.C., but had a unique accent that reflected the wide-ranging cities she had lived in, friends said. Gailiunas grew up in Halifax, Nova Scotia, where the couple lived for several years before settling in New Orleans.

They met in the late 1980s at Harvard College, where they lived in the same dormitory. Hill graduated in 1992 and moved to New Orleans briefly with her boyfriend -- and Gailiunas, then just her friend. The boyfriend was Gailiunas' roommate, her stepfather said. Shortly, Gailiunas became the boyfriend.

"It was New Orleans that cooked this engagement," her stepfather said.

They fell deeply in love, friends and family said. She called him Paulie, he called her Helinka.

She went to graduate school in California while he attended medical school in Halifax. Gailiunas wrote her love letters and songs.

At their South Carolina wedding in 1996, he sang his vows while strumming a guitar, bringing his guests to tears.

"When she had to say her vows, she just went tongue-tied," said her stepfather, who officiated at the ceremony. "We were all waiting, rooting for it to happen."

After she wept through the ceremony, the couple rode into the wedding reception on a rusty tandem bicycle borrowed from Hill's grandfather.

In 2001, they moved to New Orleans, the latest young, idealistic and very-much-in-love couple in town.

They lived in Mid-City, at Cleveland and Clark streets, and became block celebrities; partly because they had a pig, partly because of their outgoing nature and open houses.

In one memorable instance, Cruise said the couple had a birthday party for Rosie the pig that was fit for a finicky 5-year-old. The couple rented a carnival cotton candy machine and fed dozens of adults and children.

"They must have invited half the neighborhood," Cruise recalled. "I tell you, their house was never boring. They had an eclectic group of friends."

They started serving their community right away. They ran Food Not Bombs New Orleans, gathering discarded goods at Whole Foods and organizing meal runs to feed the homeless.

Hill started a film co-op, the New Orleans Film Collective, just as she had done in Halifax. She gave free film seminars and helped promote a sense of community among artistic strangers.

"She was exemplary in every way," said Robert Thompson, owner of a Mid-City coffee shop that hosted Hill's annual cinema workshop.

She made do-it-yourself film shorts with simple materials, whatever she had around at the time. Some shorts featured clay characters, paper cutouts, colored paper. "She was creative, artistic and thrived in this environment," friend and former neighbor Bart Everson said. "She wanted to be in this city."

In 2004, Hill won a prestigious $35,000 Rockefeller Media Fellowship, which she decided to use to complete a film project called "The Florestine Collection."

The inspiration came while she was shopping in a thrift store, where she stumbled onto a set of dresses patched together from mismatched fabrics. She fell in love with them, friend Rene Broussard said, and bought every one she could find. Then she set out to find the seamstress, a blind woman in her 90s who made the dresses for money, and started documenting her life.

Also in 2004, Gailiunas helped open Little Doctors Neighborhood Clinic on Esplanade in Treme. The family practice was run on a sliding-fee scale based on a patient's income.

"He was giving poor people the one-on-one attention that they wouldn't get even if they were rich," said patient Billy Sothern, 30. "Paul was a doctor who would spend extra time with you. He was calming."

Just before the flood, Gailiunas' and Hill's careers and personal lives began to blossom. They welcomed a baby, Francis Pop, on whom they doted endlessly, friends said.

Then the hurricane hit and their Mid-City home was destroyed. They lost "90 percent of their stuff," according to an interview Hill gave to the Los Angeles Daily News in September 2006.

Their apartment in the 2400 block of North Rampart Street seemed to fit their personalities: It's in an artsy, diverse community, with enough space for Hill's art and to house a growing toddler and a pet pig. It has bars on the windows.

In marking their return to New Orleans, the couple opened their home during "Open Studio Days," an arts festival in which homes double as galleries.

Gailiunas had started working for Daughters of Charity Health Center in Bywater, another community-based clinic that turned no one away.

By late Friday, the crowd outside the couple's home had grown to more than 20 people, most dropping off flowers, pictures and handwritten notes at the memorial on the front steps.

Charles Cannon, a writer and teacher who lives nearby, walked by with his child in a stroller.

Just an acquaintance of the couple, he recalled meeting them a couple of years ago. They had marched together in Krewe du Jieux, a subkrewe of the satirical Krewe du Vieux, the first parade of Carnival. He was struck, he said, by their particular brand of genuine liberalism, their sincere embracing of a duty to help others.

"You're exactly the kind of people I want to move to New Orleans and start a family," Cannon recalled telling them.

Another woman who identified herself only as a neighbor dropped off a note on the couple's porch, calling Hill an angel and applauding "the love and joy you brought into this dark world."

Standing in front of the porch, she seethed with anger at the unknown attacker.

"They would never do it," the woman said, "but they should have answered the door with a gun."

Paul Gailiunas (seen here on guitar during a performance at the Louisiana Music Factory) performs with his band the Troublemakers.-nola.com

Posted by NolaNik at 10:13 AM 4 comments: Links to this post 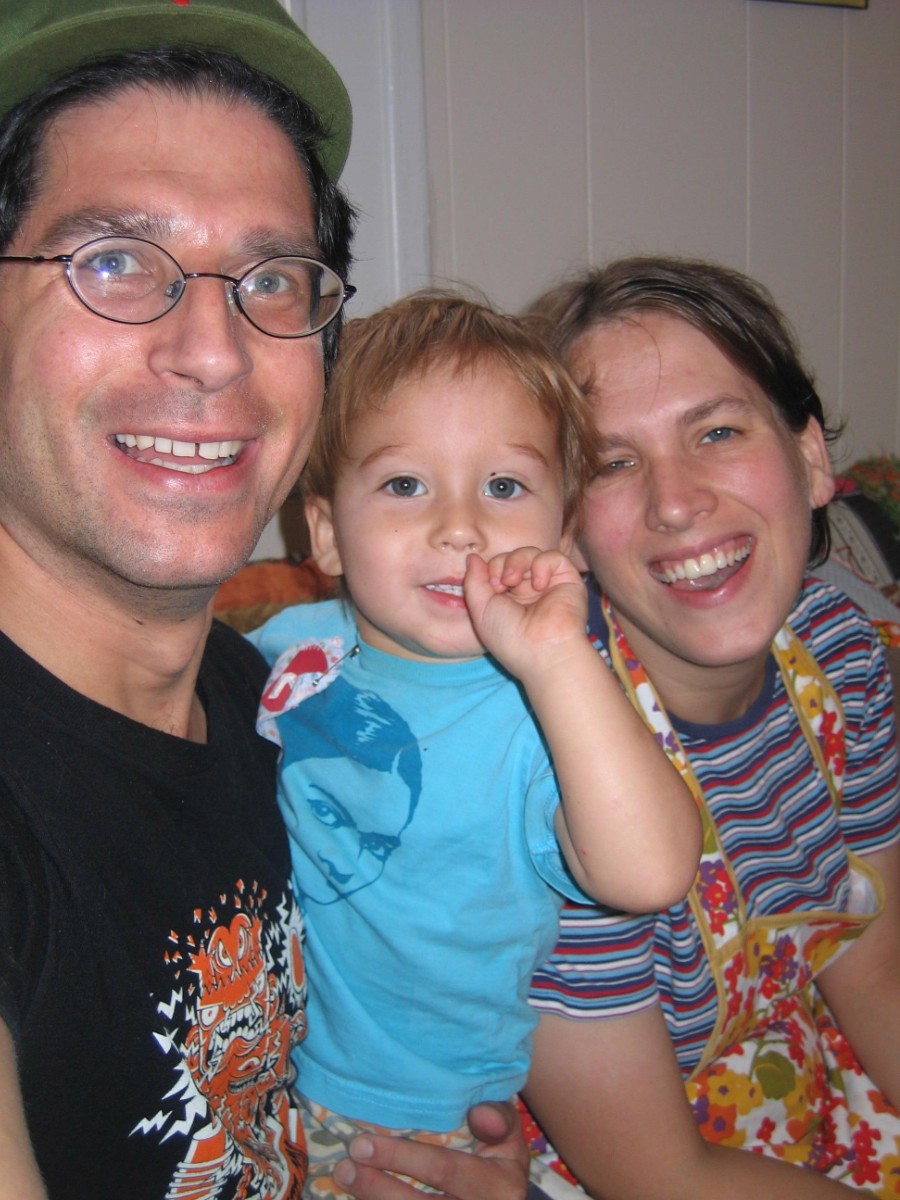 Update from my husband Billy, who has been helping Paul and his family:

Francis, Paul and both his and Helen's family will be leaving New Orleans today to bring Helen back to So. Carolina, where they will hold a funeral (though details are not yet solid regarding the time, size and place). Until then, Paul is resting with Francis.
Various ways of holding a memorial service or event are being discussed; more to come.

What I know for sure is that there will be an Enough is Enough! demonstration march, beginning at the Sound Cafe on Sunday. Please come.

picture by Kara van Malssen
Posted by NolaNik at 12:10 AM 3 comments: Links to this post