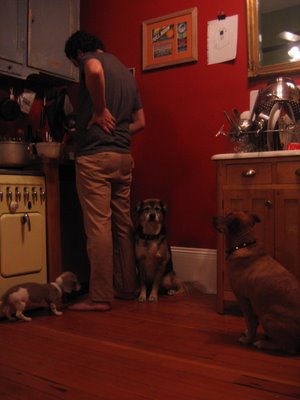 Max, the camera hog (always looks straight into it) is a dog Billy rescued from a New York Shelter when he was a teenager.

Mabel was rescued from the streets of the Irish Channel here in Nola. She was running with a pack of really, really big, mean dogs. She was so tiny, I thought she was a crazy Chihuahhua who had no idea she was little...
Mabel = Basenji + Whippet What I thought Mabel was: Mabel a few months after I found her...looking less like a chihuahua, of course.

And of course there is Ruth-Anne, my little piebald** sausage dog. 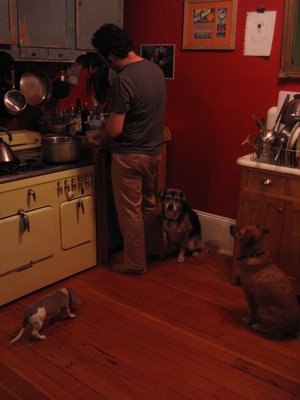 *BONUS: a Slimbolala original, on the kitchen wall. Billy gave him an old-fashioned ice-crusher and Dave drew it. When B saw the drawing, he asked for it and D obliged...

**piebald comes from this kind of coloring on a horse: 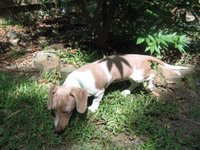